As state and local jurisdictions are increasingly passing laws which infringe upon the Second Amendment of the US Constitution, J&G Sales is implementing a new policy on shipping restricted items to these states and localities.
Effective immediately, laws that restrict firearms, ammunition, or magazine possession by law abiding citizens will also be applied to state and local law enforcement and government agencies in that jurisdiction. All residents will be treated equally. Honorable citizens, law enforcement personnel, and government agents, should all be allowed to utilize the most effective defensive equipment available.
J&G believes that there should not be a difference between the rights of citizens and those of government employees. This new policy will also help us to be sure we avoid the consequences of not conforming with the anti-firearm regulations in these various jurisdictions.
We expect to lose some revenue from government purchases, however we feel it is essential to defend the US Constitution by making a statement about the importance of the Second Amendment in maintaining our freedoms.
We await the day when all law abiding citizens will be able to possess the most effective means and tools available for self-defense regardless of where they live or for whom they work.
Thank you 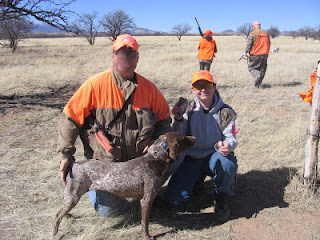 Returning home today from the DayJob(tm), the SCQueen mentioned spent the afternoon visiting gun stores and looking at guns.

The SandCastle Queen had an epiphany today.  Her intarweb-wander landed on Suzanna Gratia Hupp's compelling testimony:

I'm proud of my honey for taking the initiative.  Right now she's at a local range & Bass Pro.  I'm here at home staying out of it.

The "How To" part of carrying concealed is something every carrier has to figure out for themselves.  She is thinking about something small enough like a Kel Tec P3AT or Ruger LCP that she can either "Flash Bang" or small of the back carry.  I hope she finds something she likes and will carry.  I just want to give her ideas and let her figure out what works.  A friend suggested something in .380 auto which is not a bad idea except that .380 ammo these days seems to be made of unobtainium, not that any other caliber is exactly plentiful on the shelves.

Of course, just finding something small these days is a quest.  She might as well search for the Holy Grail.  She is also considering a concealed carry purse.  That will let her carry something already in the SandCastle Armory until she can find something to carry on her person.

The floor is open for constructive suggestions/ideas, especially from women.  If you don't want to leave a comment, you can email to sandcastlescrolls att msn dott com.

*  This definition accurately describes what happened today
3.  a sudden, intuitive perception of or insight into the reality or essential meaning of something, usually initiated by some simple, homely, or commonplace occurrence or experience.
Posted by danno at 22:43 1 comment:

... gots us up close and personal with something like this:

We actually saw four moons tonight as Io was visible left of the planet.

We arrived a few minutes after 7pm.  There were about 10-12 people ahead of us in line.  A volunteer entertained the waiting line telling stories of black holes, white dwarves, 1st generation stars and later generation stars.

He explained we were looking at Jupiter tonight as the prior group entered the dome.  The SCSon who has just finished reading "2010" and watching "2001" pipes up with "Can we see the Monolith?"   That completely derailed his stories of black holes and origins of the elements.  Instead he mentioned he found a "Space 2001 action figure" and had to had one.  An internet search turned up several references but all are out of stock.  Best comment on one of the threads was "I want one of those at the bottom of my fish tank".  Followed by "I want a fish tank just to put on of those at the bottom".  I LOL'd Gotta love geek humor!

Once inside we had total access to the telescope and the club members present.  This wasn't a quick "Hmmm, nice.  Now out ya go"   We spent several minutes with the crew talking about the planet, it's moons, the nature of the planet and its atmosphere, etc.

In all we spent about 30 minutes on site including waiting in line listening to the stories and inside the dome.  I made the $5 family donation on the way out.

Here's how we did it: The Gilbert Rotary Centennial Telescope is a 16 inch Meade telescope on the grounds of the  Gilbert Riparian Institute.  The East Valley Astronomy Club (EVAC) opens the observatory to the public  Friday and Saturday evenings from just after sunset to 9:30-10pm.  There is no one at the door demanding or even mentioning donations.  The website suggests a $3/person and $5/family donation.

It's one thing to look at an image in a book or on the web but totally different to see it for oneself.  The 1st hand experience takes the knowledge to a new dimension.  This is what it looks like now, not a some time in the past.

Such a deal!  The SandCastle Crew got to use a telescope worth more than the SandCastle itself for less that the price of a couple gallons of gas.

EVAC operates the telescope year round, weather permitting plus they run other programs.

It's well worth the trip especially if you live in the Phoenix metro area and have kids (or visiting grandkids).  If not, there is probably a similar program near you.

Full disclosure: I have no connection what so ever with any of the groups mentioned or linked here in.  I'm just a satisfied customer.

The SCSon shoots with the SCTP group at our local range.  The head of the group sent an email explaining they had an instructor class coming up and the needed "instructional candidates" (Crash Test Dummies).  The deal was too good to pass up - The SCSon shoots free courtesy of the SCTP group, and I get free instruction and half price clays.  I call that a screamin' deal!

We signed up for the Saturday afternoon session but I guess they needed more.  "Can you make Sunday too?" was in the reply email.  So I forwarded the invite to our good blog friends Mz VRWC and Exurban Kevin.

The SCSon shoots 100 birds a month, but most of that is at night under the lights.  He does better in the day light.

The closest thing I've ever had to formal shotgun instruction was a round of skeet where an old timer saw I was struggling and gave me some pointers.  I explained this to our instructor "Rich" adding "So lets assume I'm a total noob and likely everything I "know" is wrong."

One of the things that really helped was Rich showing me how much lead to use and when to break the shot.  "Don't look at the bird, look at the leading edge of the bird!"  By the end of the afternoon, I was calling where the shot went on the missed birds, based on the sight picture.  The top picture shows Rich sighting along with the SCSon.  I assume he did the same for me but I never noticed it in the moment, it wasn't intrusive.

BTW, while we understand some parts of the country are shut down due to snow, you might also notice a distinct lack of white stuff on the ground here.  This is why we put up with summer temps in the high century-teens.  Or to quote a phrase: "It may be hot but at least I don't have to shovel it off my driveway!"  Stay safe you guys!

Click on the pics for fuller size.  Photo credits to SCSon, ExKev, Mz VRWC & your humble host.  It was my camera but It was passed around for all to take pics.  Film is cheap - "The camera has an 8G card and I have an extra battery in my pocket!"  I obviously didn't take the bottom pic because I'm the one in the funny hat.  But I'm pretty sure I took the top one.  I'm pretty sure because it's yet another in a long line of my trademarked "almost a really good shot".    It would have been a much better pic if I'd not cut off the cactus on the right.  Grrr...

* for the humor impaired, "shoot like a girl" is high praise, not a chauvinistic comment.  In this specific case MzVRWC can and will out shoot me every day of the week and twice on Sundays.  She works at it and practices more than I do and the results show on the time sheets.  See also Molly, Julie, Karen and thousands more.  I am glad I am part of their sport.

I like the photo sequence because it caught the ejected shell and the follow on shot of the broken bird.  Not sure if it was all in the same shot but I like the story it tells.
Posted by danno at 21:04 No comments: