The Sun was setting as the SCSon and I headed to the local electronics euphorium to acquire a new router/modem.  We headed West on an freeway section aligned East-West.  I asked the SCSon if he understood why the Sun was right in our face this late afternoon making driving especially challenging.  It was within a day of the Vernal Equinox.

That led to a discussion of sun angles and what is the meaning of Equinox & Solstice.   My good friends at Cap'n Bob & Damsel (though we haven't actually met) have a great image that illustrates this well.   Good times and one day this will help him on a test!  (or a crossword puzzle, which ever comes first).

The SandCastle Wired router gave up the ghost today.  The SCSon reports it was about 0930.  He was watching YouTube vids and then.... nothing.  But the SCQueen who connects wirelessly had no problem.  That suggests the problem is not with the ISP, but rather the Wired net had died.

The SCSon and I visited our local electronics emporium and came home with a new DSL modem/router.  The only hard part of replacing the model is finding the account name & password that the router uses.  The only time it's used is setting up the new modem and that's been 7+ years.  A phone call four phone calls to ISP support later we had the info.  I should probably put that someplace safe where I'll be able to find it next time...

The network has been configured with the WPA key and default admin password changed.  I think we are good to go!

7+ years, I'm not going to quibble.  But I wish they had a graceful failure mode!  This "sudden death" behavior leaves a lot to be desired.  I can't help but wonder if this is a Tin Whisker failure.
Posted by danno at 21:17 No comments:

I believe my 2014 taxes are correct and complete so I pulled the trigger and filed same.  At least on the Federal side.

The hard part of doing my taxes is that part of the DayJob(tm) compensation is in the form of DayJob(tm) company stock.    That means tracking "basis" which is anything but trivial.   It used to be that we were on our own.   Now the brokerage reports a basis, but 's wrong!  it's wrong because it only tacks acquisition cost, but doesn't include the part of the basis has already been reported as ordinary income, and the brokerage calculation does not comprehend that.  Plus there are additional adjustments.  Heck, now that it's done, I think I should take on something easy, like mastering Chess!

What a P.I.T.A.!!!  I would argue the most useful class offered by the DayJob(tm) HR team is the class on how to report stock based compensation.    Bravo!  Ole!  I couldn't do my taxes without you!

The fed return was filed electronically for two reasons: First, I paid for it with the program purchase,  And 2nd, because THEY OWE ME MONEY!  Filing electronically gets me a quick refund.

I'll file the state on paper for two opposite reasons:  I OWE THEM MONEY!  Thus I'm going to wait until 11PM on the final filing date.  Also it costs me an extra Andrew Jackson to save the state the data entry cost of my return.   You've set up a system with a negative reward scheme.  I'm not in the business of spending money to save the state money.  What a broken system.

Don't blame me for playing the game.   If you changed the system where I filed electronically free, you wouldn't have to spend money manually inputing my return and you'd get my payment sooner.  Fix it and you'll get my money sooner!  eFile should be free!  It's a a benefit to you!

I know, I'm tilting at windmills.

PS... My Dad (LTC US Army Ret) in retirement is now a tax prep pro.  He does taxes for fun!  If you need tax help, he's your man!  Drop me an email and I'll pass along contact info.  Don't worry about his or your locality, he serves clients worldwide.  All docs are transferred encrypted and secured.

Tell him I said Hello!
Posted by danno at 23:57 No comments:

The car needed a smog check and there is a light industrial area in the vicinity.  Light industrial means wide roads and nothing to hit.  Also on the weekend they are deserted.  Perfect setup.  Plus the BP meds were a tad too effective and I needed to drive up the numbers.  NOT!

As per any normal first timer learning how to drive a clutch, he's having trouble with the concept of adding power with the right foot while the left foot adds load.  We have to work on that.  I only wish I could introduce him to the fully syncro-smash(tm)  (e.g. unsynchronized) transmissions I learned with.

In addition to the previously noted anticipated repairs, I'd like to add the following:
1.  A new starter.  In 15 minutes training, we hit it 22 times.
2.  A new battery.  The reason we hit it 22 times and not 23 is because the battery was dead!  It didn't have enough power to fire the Bendix.  The SCSon learned another important lesson: the push start!  That ended the lesson while we drove home and put it on the charger.

The SandCastle Queen adds her own prediction: Mucho Hair Dye to cover the grays!*

The good news of the day is the car passed the smog check with flying colors.  25% HC, 20% CO, 56% NOX (percentages of allowable limit, not total).  Not bad for a 24YO car with enough miles to drive to the moon!

* Honest to God, her gray hairs do not register on my retina.  I simply do not see them.  But they bother her so, I'm OK with the colorants.  Better living through chemistry!  Rah!
Posted by danno at 23:36 3 comments:

The SandCastle Son passed the written test for his learner's permit this AM.  My Arizona neighbors are advised to stay well clear of the sidewalks.

Given the cars available to drive here at the 'Castle, I have two predictions:
a)  he's going to get a fast lesson in learning to drive a manual transmission.  And
b)  A new clutch in my (near) future.

Dang it seems only yesterday he was learning to walk.  Time flies!
Posted by danno at 20:44 2 comments:

Hope you all had a good weekend.  I did, capped off with an 0035 cursing email to OldNFO.

Let me back up...  The SCSon had Skeet practice Saturday.  I brought "The Grey Man -Payback-" to read as it's kind of 2 hours of downtime for me.  The coach is generally good about letting parents participate but they had a lot of kids and they are the priority.  I didn't even bring a shotty...  Between a run to gas up the car and a snack run, I got to page 21.

I picked it up again Sunday after a few chores.   Here's a few things I remember:

I set it down to watch TV after page 194.  less than a minute later, "wait a minute... what was the title of that next chapter" and picked it up again:  P195: "The Shot"  The science of long range shooting holds a deep interest for me.  I wish I knew more about the practical side and experience with same.  Note to self, add to bucket list.  Ok, I gotta see how this goes...  And kept reading... 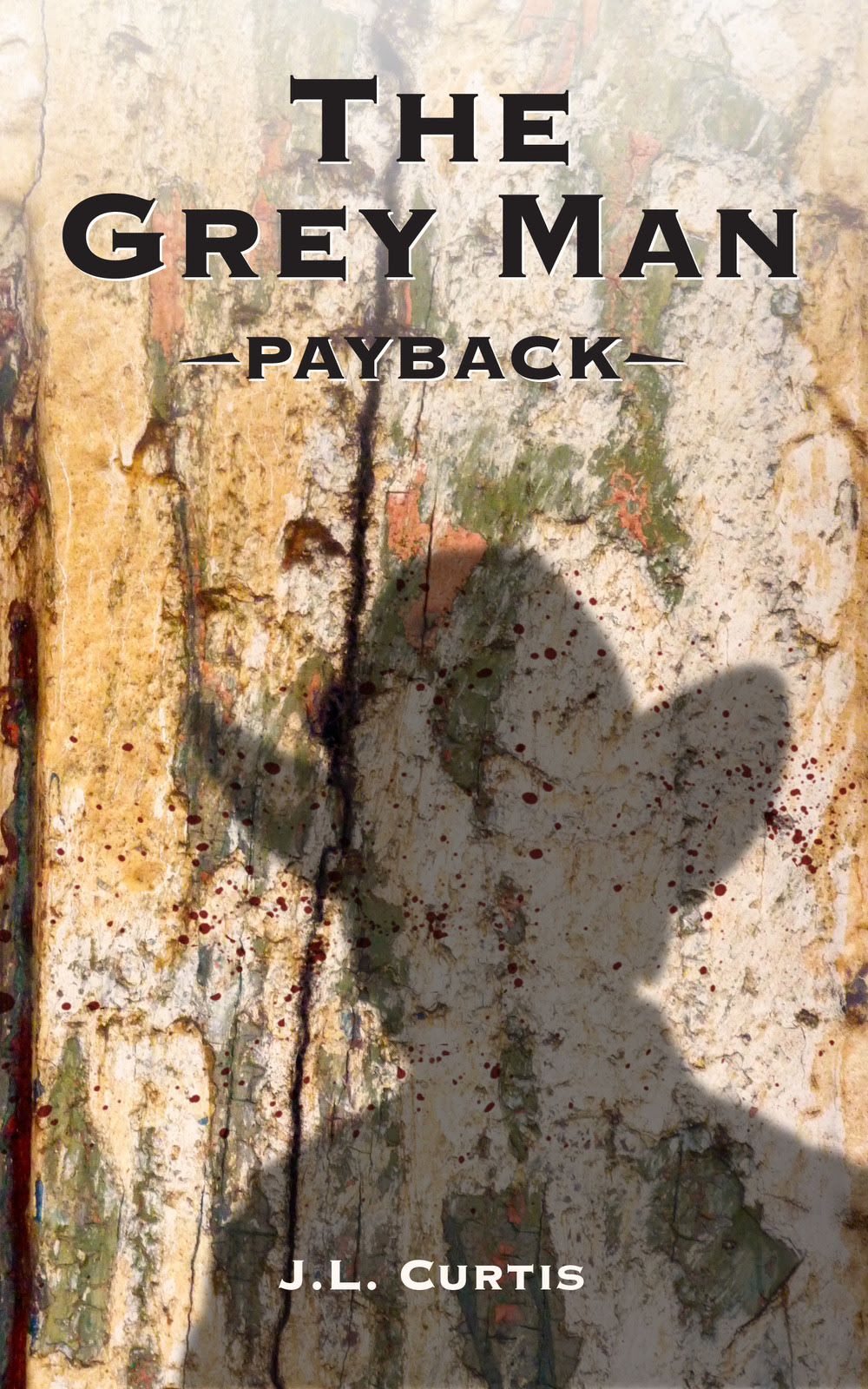