The SCSon is on an 8 hr bus trip today.  It's a nice travel bus with video but the trip rules require G & PG movies only.

He dug around the attic and came up with an original copy of Star Wars episode IV on VHS.

I mean,what else would I be doing on a Friday night?

Here is the confusion of the day:  I'm entering a 1099-B manually.  Here's the question posed: 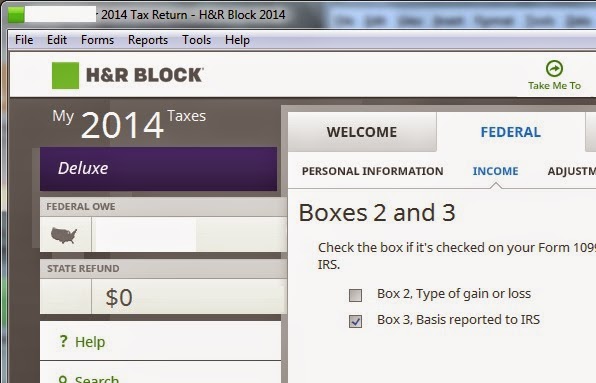 Box 3 makes sense:  Was the basis reported to the IRS?  I can reasonably infer a checked box means Yes.  But what about "Box 2  Type of gain or loss".  The possible answers are "Short Term" and "Long Term".  Which one does a checked box mean?

The more I use HRBDeluxe, the more I like Glenn Reeves' spreadsheets!  They have already given me the answer.  I'm still trying to figure out how to get my data into HRBD :-(

Update 20Feb2015 2140: I had to experiment  to learn how it works.  If box 2 is not checked, it doesn't ask any further questions.  But if box 2 is checked, it takes us to another page where it asks the short/long term question. 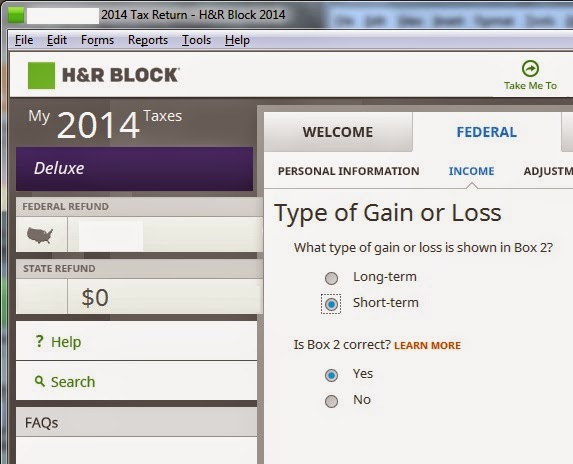 Com'on guys.... a) you could have put these two questions on the same line of the first page and b) if not, for any reason, at least throw me a bone and give me a hint on how I should check the original box.
Posted by danno at 21:04 No comments:

Last rant noted how Turbo Tax screwed the pooch by changing support levels without making it plainly obvious, enraging the user base in the process.  Meself included.

HR Block came recommended by people I respect and the third seemed to have it's own issues.

Strike one came when HRB wouldn't (past tense)  import my 2013 return,  The program just crashed, no exceptions, no nothing,  Just bang, you're dead.

I "solved" that problem by upgrading my windows computer from XP to 7.  Yeah, MSFT dropped XP support last year so is it reasonable to expect another company to support XP?   Maybe not.  Table the question for now.   The Win7 upgrade was in the plans, the CD & new hard drive were on site, I just needed to take the time to do the build.   2 hrs install + 6 hrs baby sitting win7 updates later + another week of daily updates, now Win7 is finally up to date.  Oh and the old hardware that ran XP just fine is crawling running Win7.   I see an upgrade in my future.

HRBDeluxe Strike 2:  It won't (present tense) import my DayJob(tm) W2.  Importing data is more than just the time savings.  Manually entry risks a data entry error.  Easy to do and hard to detect.  Keeping the data in the digital domain reduces these errors.   Apparently my S&P500 listed DayJob(tm) uses a payroll processor not supported by HRB.  GAH!!

HRBD Strike 3: it also won't (also present tense) import 1099's from my bank.  The error code 2000 suggests the login information is incorrect.  But it is correct and several others have reported the same error so it seems the problem is in the software.  I need a fix this week, not "mebbe next month!"

I'm also not crazy about having to enter the 1099 details in line by line.

HRB - Dudes... Intuit did a full on face plant giving you a free shot.  Don't blow it! You need to react quickly and fix these problems post haste!

Is this Whiffle ball?  How many strikes are they allowed?  Intuit-don't get cocky..  That little de-support sleight of hand cost you 527,692 strikes.  There is no coming back from that.  Get back to your corner of shame.   But HRB isn't really making the grade either.  Mebbe I should take another look at TaxAct.

Another option just popped up on the radar:  I was about to start recreating a spreadsheet.  But a cursory internet search showed someone else has already done the work:  Glenn Reeves has posted Free taxform spreadsheets.  I used to create my own spreadsheets to do my taxes but decided the time involved wasn't worth the $40 savings.  So far, they look great!  I'm going to give them a try. 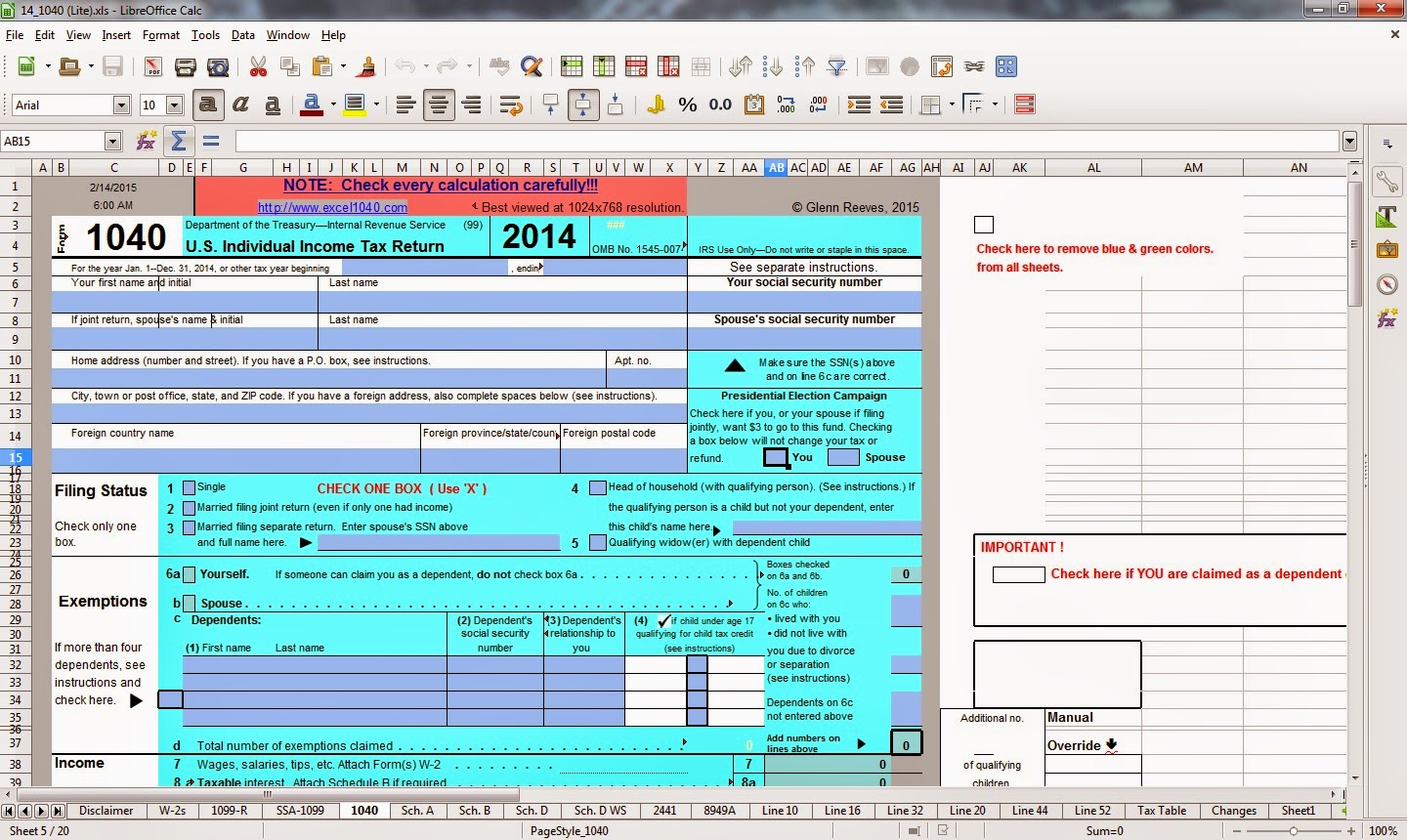 The download is free but if they are useful I'll contribute.